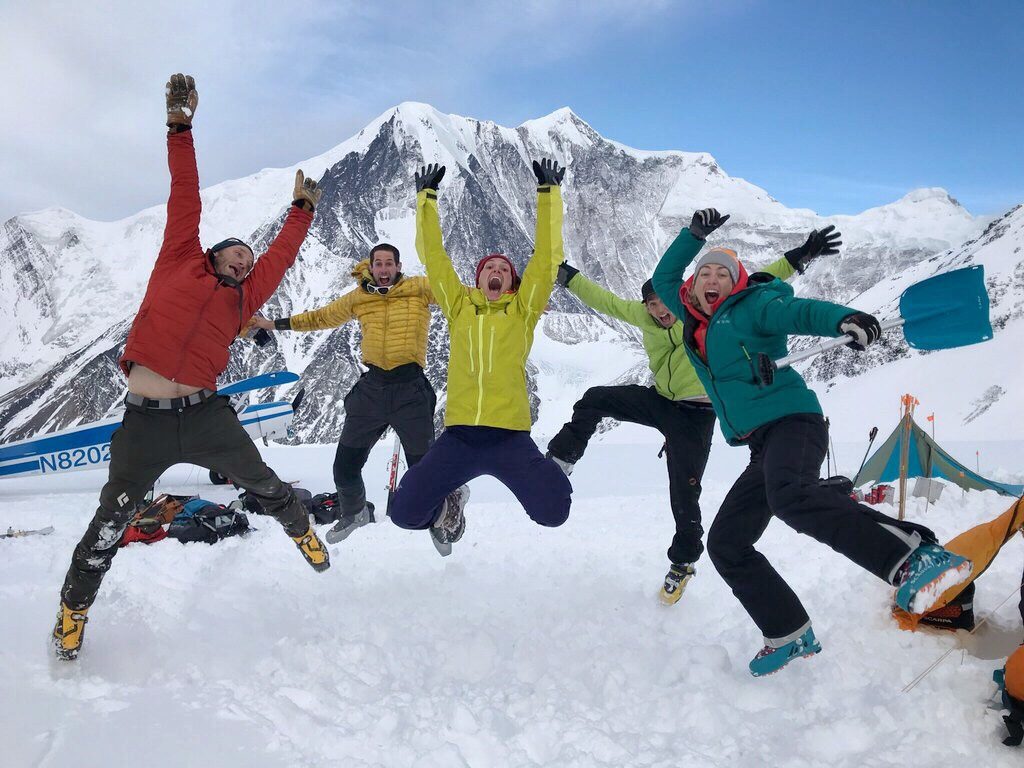 On Saturday, 5/12/18, I was scrambling up Mt. Skarland (in the Eastern Hayes range of Alaska) when a boulder, approximately two feet in diameter, struck my left hand. I suffered a hemorrhaging crush injury and near complete avulsion, which necessitated applying a tourniquet in the field. I was climbing with four additional alpinists; Katie Bono, Ben Chapman, Alexander Lee, and Alan Shanoski – all of whom participated in the extrication of me from the steep shale and snow slope. As bleeding became controlled with the tourniquet, the SOS on an inReach was activated and communication was established with Alaska State Troopers, via a SAT phone. We assigned clear roles to each climber and initiated a safe plan for descent, taking into account the safety of each climber and the resources available to us.

A Medevac helicopter arrived on scene 3-4 hours after the initial rockfall. The medevac helicopter, the Alaska State Troopers, were able to land at the base of the mountain, 1500′ below, or on an unprotectable ridge approximately 200′ skiers right of accident site. Due to the objective hazards of the ridge, we had to direct the medevac helicopter to the base of the mountain and start descending 1500′ on a mixed scree and steep snow slope. The skills and teamwork of the group made it possible to descend to the base through a series of 8-9 lowers. The medevac team, an incredibly skilled pilot and two Firefighter EMTs, made it possible to fly out with no daylight to spare. Together, these two things, coupled with extensive trauma training in my personal career, ultimately saved my life.

Katie accompanied me on the medevac helicopter to Fairbanks, where I was stabilized, and then the air ambulance to the nearest level one trauma center in Seattle, WA, where I continued with a series of complicated surgical repairs.