Pikes Peak is a 14k peak towering over the City of Manitou Springs and the surrounding area. It serves as a training ground for elite trail runners, alpinists, and outdoor enthusiasts and is home to the third oldest marathon and first to allow women to compete in America, the Pikes Peak Marathon. The Pikes Peak Backslap combines the two popular trade routes up, and down, Pikes Peak (14,110′); the Barr Trail and Crags Trail. Together, these two trails unite to birth the Pikes Peak Backslap! 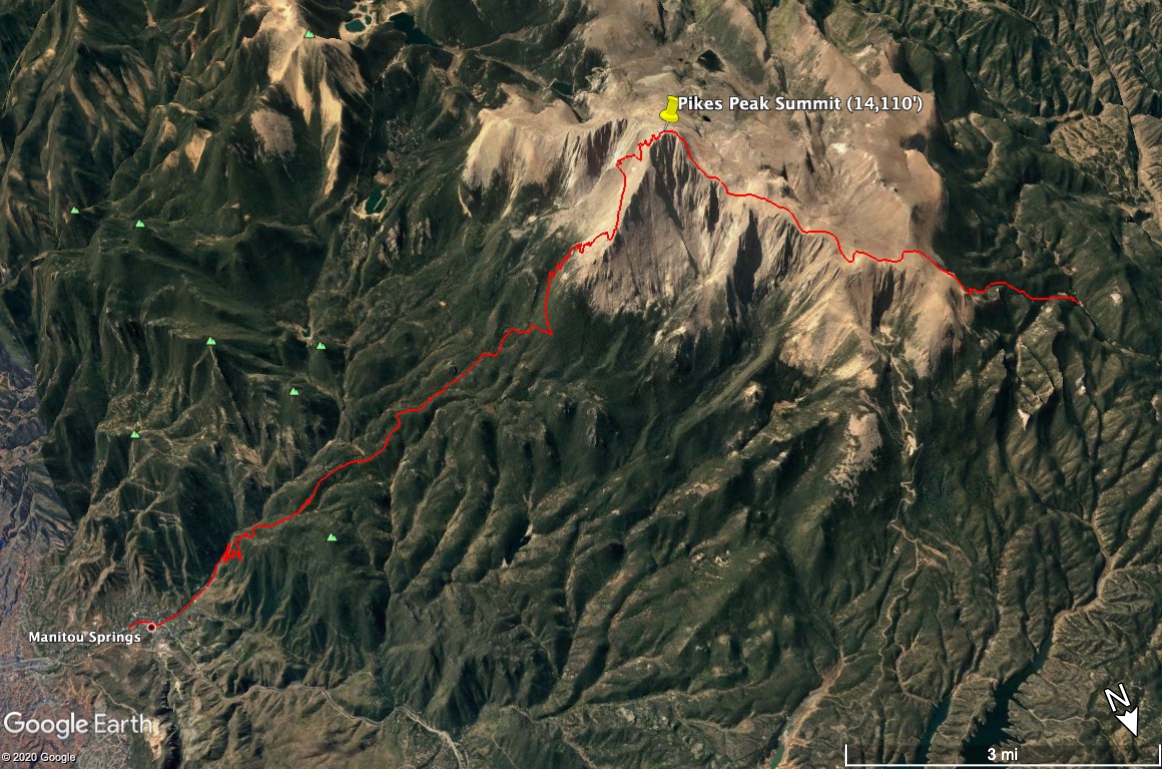